A line of Mondaine watches is heavily influenced by classical Swiss railway clocks, called the Official Swiss Railways Watch/SBB, to a design licensed from the Swiss Federal Railways since 1986. This design, by Hans Hilfiker, originated in 1944. The original movement was unlike other watches and unique because of the following fact: By spreading 58 seconds over the 360 degrees (rather than the usual 60 seconds), the second hand comes to a complete stop at the 12 numeral for two seconds, giving the illusion that time has stopped. Then, the minute hand advances one step and the second hand starts a new cycle. However the company stopped making models with this mechanism around 2001. In 2013, a redesigned model was launched under the name stop2go. In keeping with how the movement itself works, the crown is shaped like a rocker switch that you flip back and forth instead of winding. This element is as practical as it is distinctive.
Sort by:
Default Relevance Name, A to Z Name, Z to A Price, low to high Price, high to low
Showing 1-1 of 1 item(s) 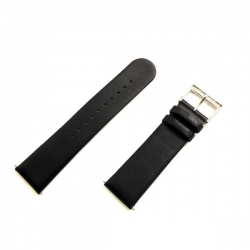 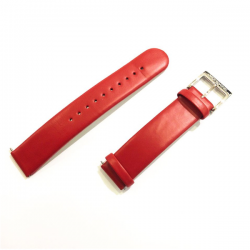